Pursuing advanced training on hip care was a natural next step for Dr. Roberts. Since many approaches to hip care exist, fully understanding the options set the foundation for providing comprehensive care, especially in hip arthroscopy. Learning both different techniques from different surgeons was top of mind for Roberts in starting his orthopedic career.

Roberts pursued training with Dr. Mathieu Thaunat, Dr. Jean-Marie Fayard, Dr. Tarik Aitsiselmi and Michel Bonnin in Lyon, France. The United States has many amazing orthopedic hip surgeons. Traveling outside the US for training presents the opportunity to find similarities and differences between different cultures/regions of the world.

Lyon, France may be known to most as the gastro economic capital of Europe. The city is also known for its orthopedics excellence. Dr. Roberts sought additional orthopedic training in France for this reason.

Dr. Roberts treats most orthopedic conditions, including knee replacements, knee revisions, athletic and other acute injuries. Dr. Roberts became particularly interested in hips, however. Hip care is challenging but it shows the ability to drastically improve function in patients. On a personal level, seeing his own father before and after hip replacements has motivated him to improve the treatment process.

Taking time to pursue more training (after years of medical school and residency) comes with challenges. The experience and techniques he learned in France have helped him become a better surgeon by creating more options for his patients.

Learning new techniques on Hip Arthroscopy had the biggest impact on Roberts. He learned techniques that are quicker, more efficient and overall much safer. It reduces both chances of hardware breaking and damage to the cartilage of the joint. There is less risk of nerve damage/irritation due to a shorter amount of time required for traction on the leg.

Additionally, the relationships he formed in France will allow for further research and investigation into advancing hip arthroscopy going forward. To treat patients better based on increased understanding and knowledge of the pathology of the hip joint is another benefit.

A unique approach in orthopedics, Dr. Roberts treats hips from start to finish (from arthroscopy to joint replacement) as part of his total hip care methodology. 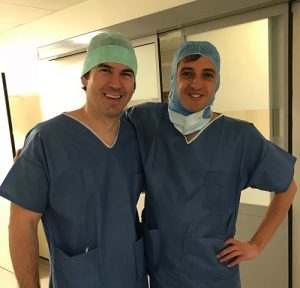 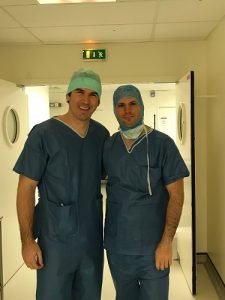