What is it and how is it treated?

The Anterolateral Ligament of the Knee: What is it Anyway? 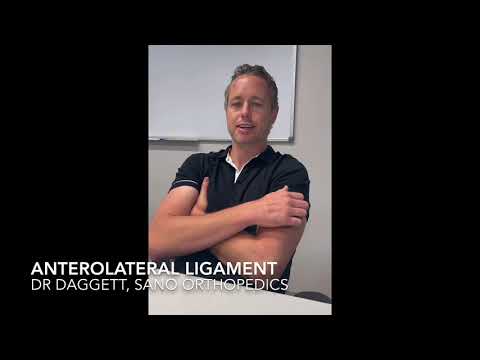 Dr. Matt Daggett further explains the role of the ALL in the knee

The anterolateral ligament, or ALL, is found on the outside portion of the knee, somewhat toward the front. This is important because, based on the location, when people present with ACL injuries, they may also suffer ALL deficiencies. In fact, one study found the ALL is injured in over 90% of patients with ACL tears. This was left untreated in the past simply because the ALL ligament was unknown by most orthopedic surgeons.

Many wonder how this ligament eluded researchers for so long. The answer to this makes sense when you think about the facts. The knee joint is completely covered by a fibrous capsule that contains fluid so the knee moves smoothly. The ligaments surrounding the knee are adjacent to this fluid-filled capsule and often challenging to determine as a separate band of fibers. However, unlike other ligaments like the LCL and MCL, the ALL is closely associated with another band of tissue that is hard to differentiate on dissection.

The ALL is very similar to these other ligaments, but it was not viewed as a separate structure or component. However, now identified as a separate structure, it has a specific job in regard to knee stability and surgeons can better diagnose and treat knee injuries. The Anterolateral Ligament helps with controlling tibial internal rotation, which is essential when you lock or unlock your knee. It also plays a role in overall knee stability.

The Role of the ALL in Sports Injuries

After the ALL was discovered, many professionals believed that there was the possibility that when athletes sustained an ACL tear, the ALL may have also been damaged. This is a viable explanation to why some people haven’t ever fully recovered from the ACL injuries they suffered, even after undergoing ACL operations. For example, NFL athletes have a return to play rate of only 55% at 2 years after ACL reconstruction and roughly 4 in 10 are unable to ever return after the injury. Because the ALL may still be damaged, recovering completely may have been virtually impossible. Also, small fractures blamed on the ACL tear in the past, called Second fractures, are actually an injury in which the ALL pulls a piece of bone off tibia.

Thanks to many researchers across the world, many orthopedic surgeons now believe that this “new” ligament plays a significant role in knee function. If it is not restored, reconstructed, or replaced, athletes may never fully recover the total function of their knee. More research needs to be performed, but early clinical results are quite promising with a re-rupture rate significantly less than what is currently seen in the literature. In addition, more athletes are returning to play.

The ALL is a unique ligament that remained hidden in the vast fibrous network of the knee for years. Sano is leading research to better understand the role of the anterolateral ligament and ligamentous injuries to the knee.

Read more on our research about the anterolateral ligament: 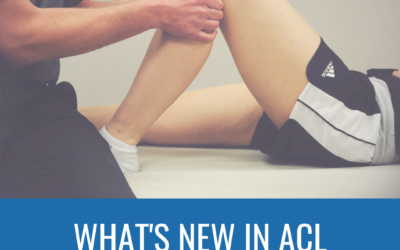 What's new in ACL Treatments?Why is the ACL so Important? Knee injuries and knee pain are common and yet the knee itself is complex. The anterior cruciate ligament (ACL) is the primary stabilizer in the knee. It is a strong ligament, that allows you to pivot, twist,...